After touring nearly 20 venues across Connecticut, Tara Azizi (23 and a nurse) and Jesse Cooper (29 and works in finance) immediately fell in love with the simplicity and grandeur of Lord Thompson Manor in Thompson, Connecticut. “During our tour, we looked at each other and knew it was our place,” Tara says. An elegant color scheme of lavender and gold played up the manor’s all-white interior and lush grounds, where Tara and Jesse exchanged vows in a ceremony that incorporated Baha’i and Jewish traditions. “We were fortunate enough to use the same chuppah that my mother-in-law made for my sister-in-law’s wedding,” Tara says. “The four corners of the chuppah will eventually be embroidered with Jesse’s siblings’ names and the names of their spouses.” Guests sipped on watermelon and grapefruit mocktails during dinner, and later indulged in a tiered buttercream cake made from two distinct flavors. “I certainly didn’t want ours to be a forgettable cake,” Tara says of the orange and white confection. “We included a yellow cake filled with strawberry and white chocolate and a matcha almond cake for our more adventurous guests.” For a peek at all the sophisticated details, check out shots from Thompson Photography Group, below. —Rachel Sylvester 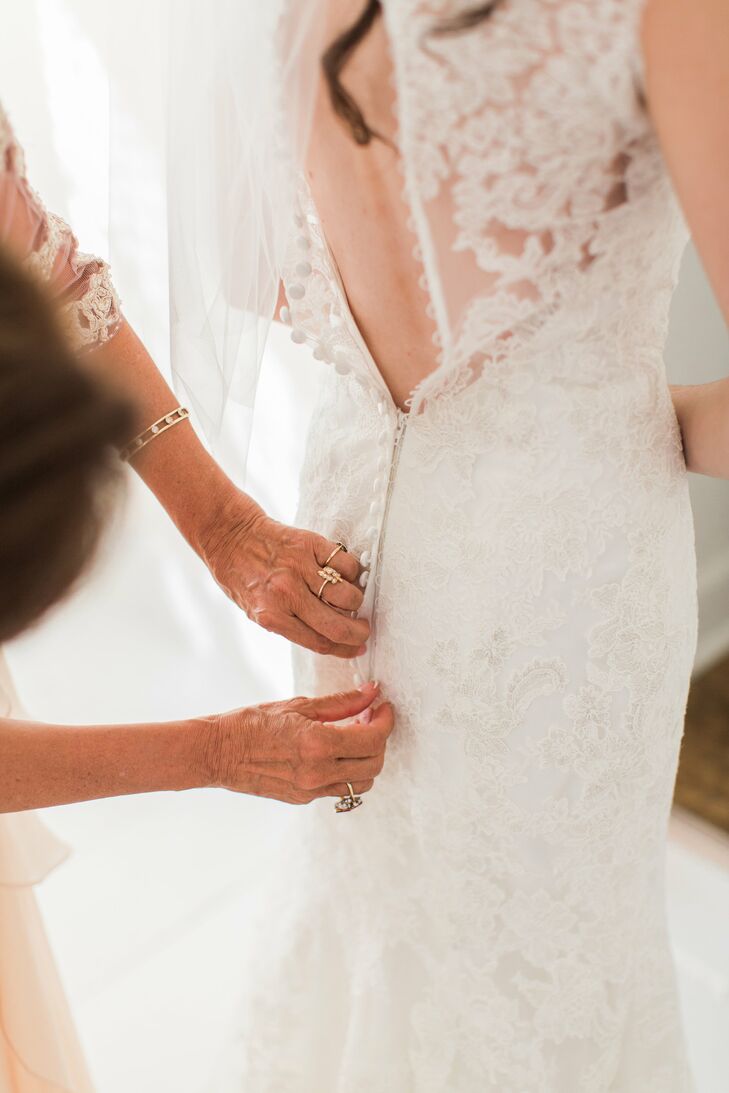 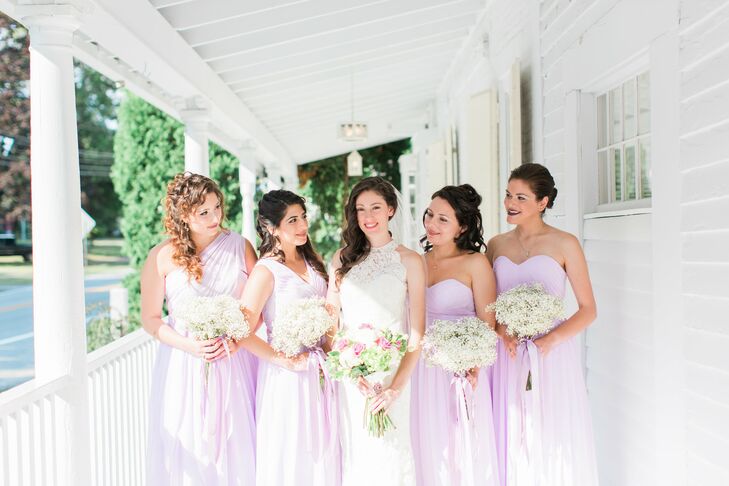 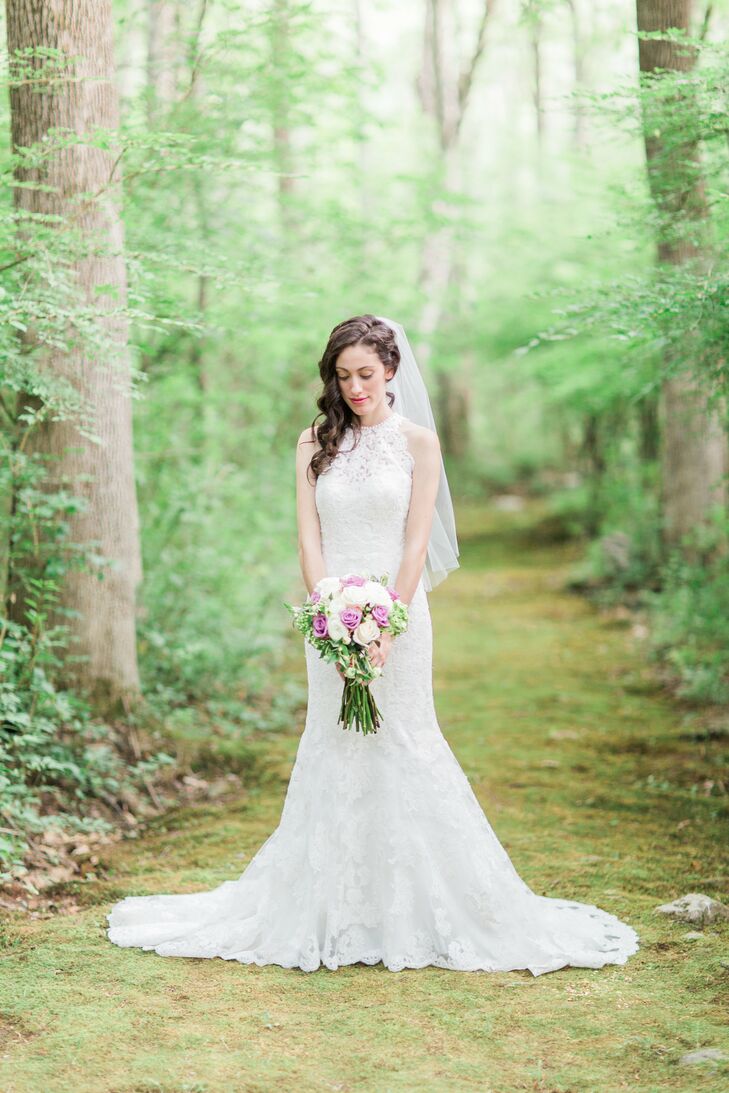 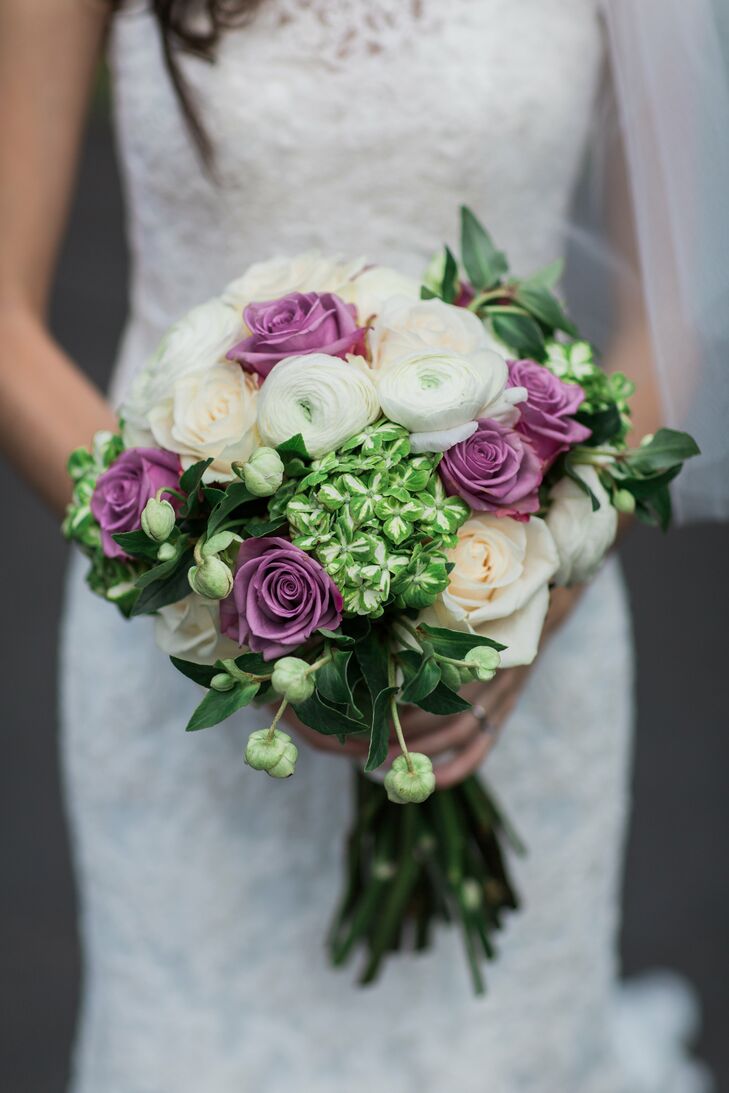 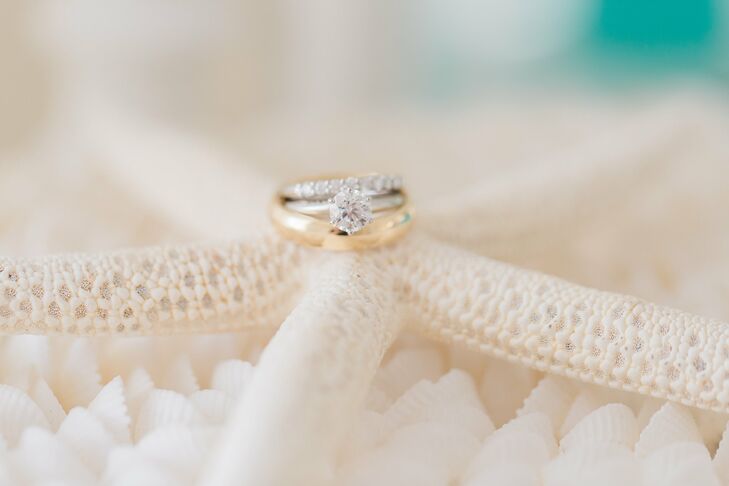 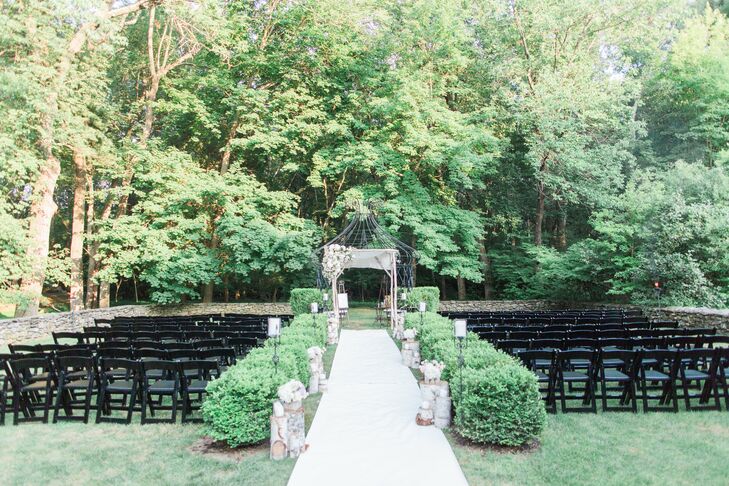 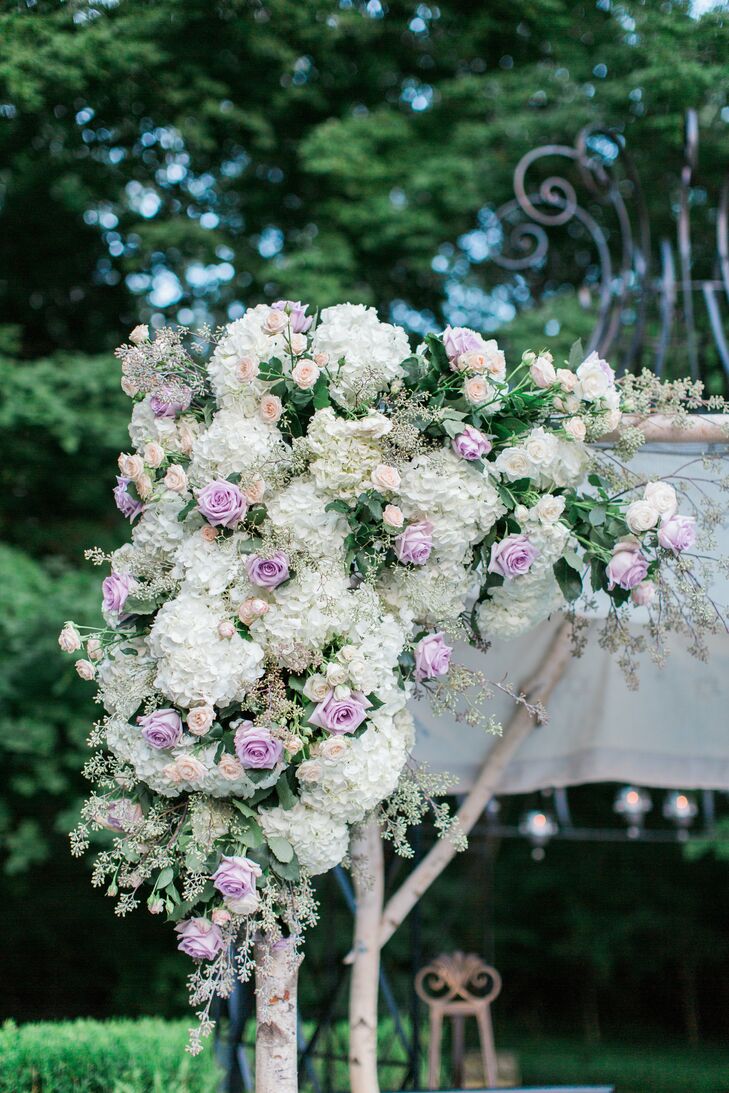 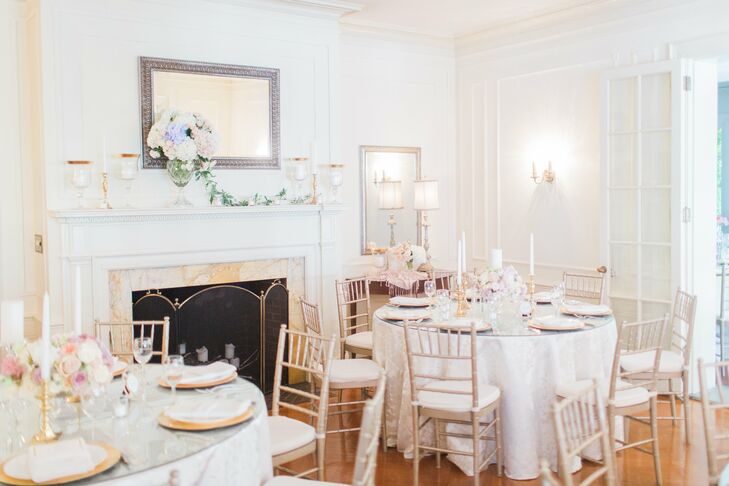 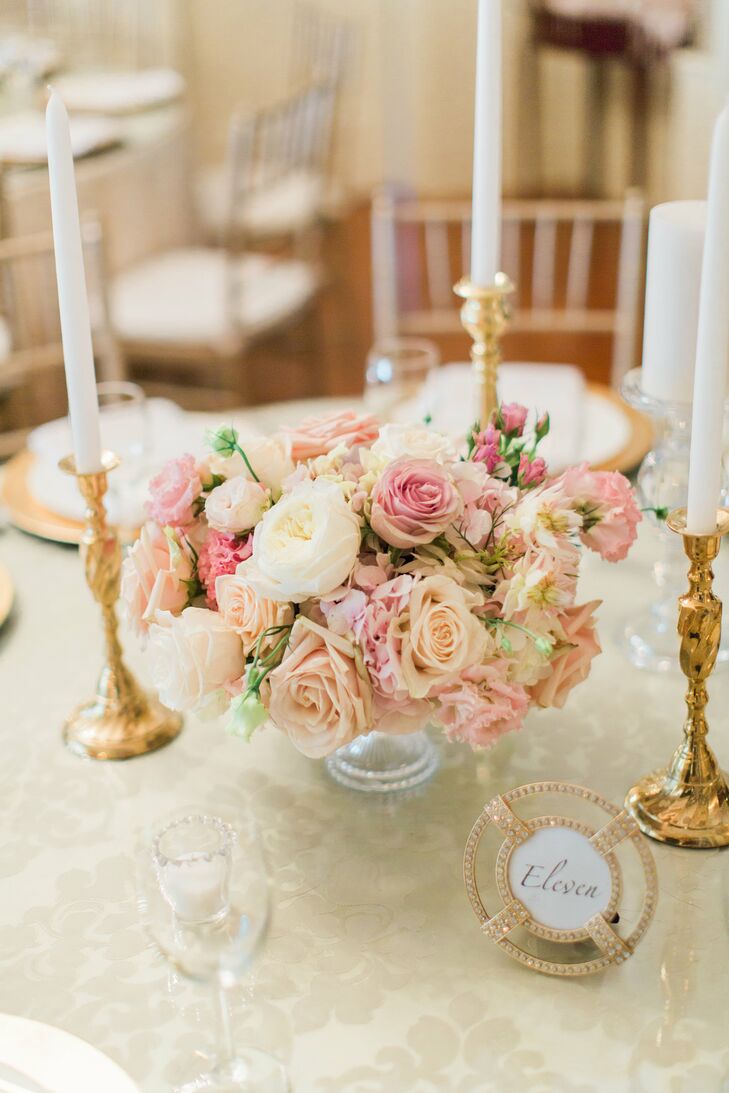 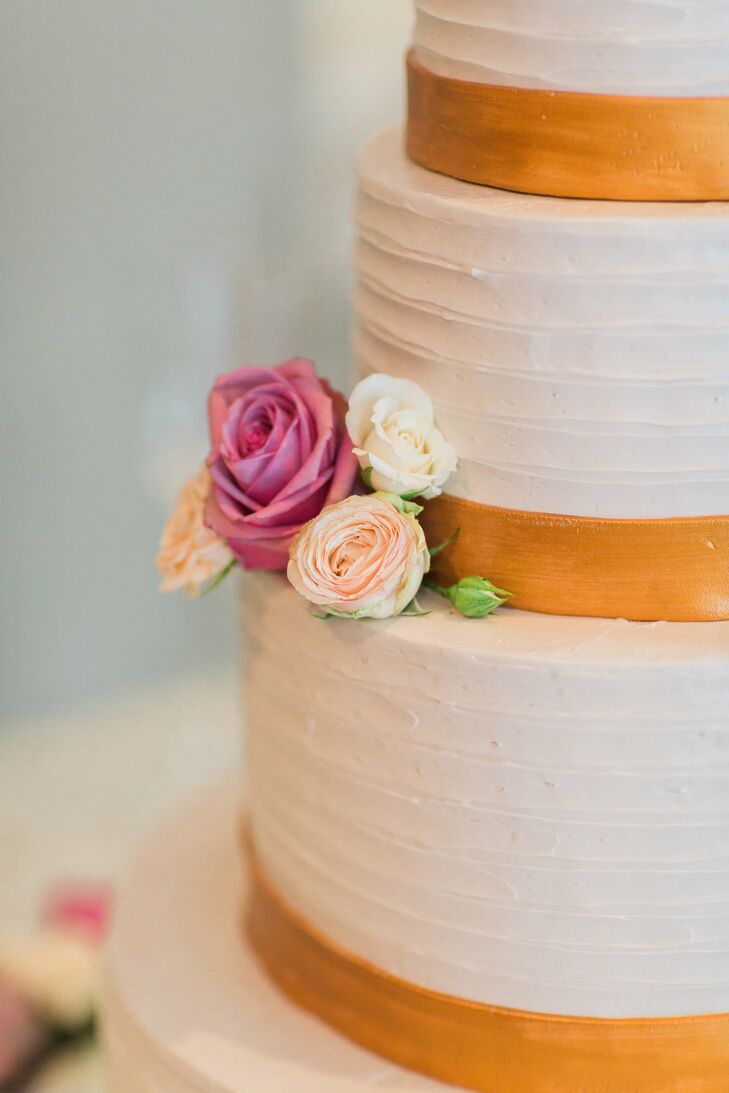 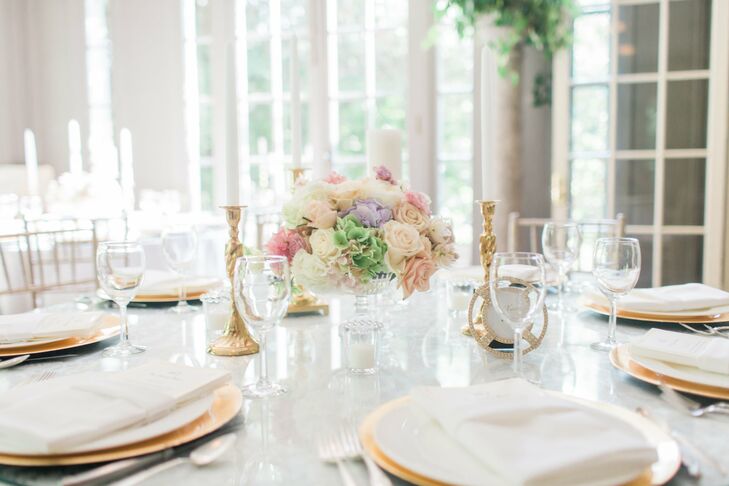 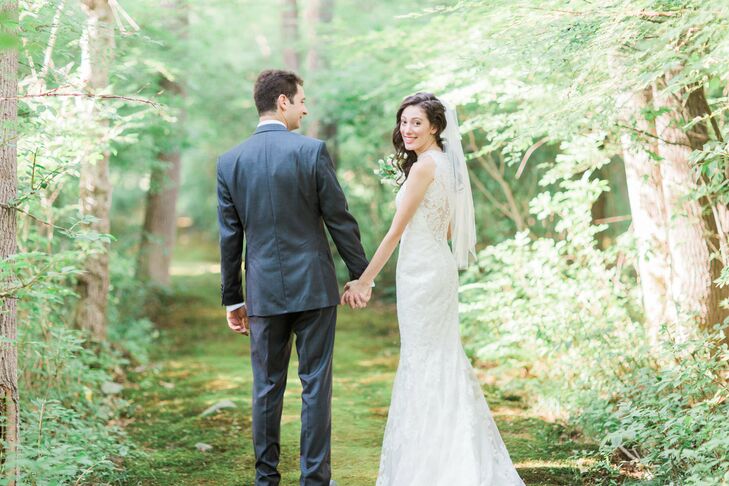